Moira is mainly self-taught, although by attending workshops of artists whose work she admired, she was able to adapt to her own style of painting. Through experimentation, she learnt how to use colour and became known for her ability to use a very limited palette, which continues in her painting today.

For over thirty years Moira taught china painting in Australia and overseas. She adapted the ‘one-fire technique’ after watching South American painters in Dallas USA at the International China Painting Teachers’ Convention in 1974. This involves using a special oil to mix the paints which allows the painting to be completed in one firing.

Moira at 92, enjoys using watercolours to paint the many florals abounding where she lives. Limited editions of some of her works are available on greeting cards including ‘modern’ fun pieces created on unfinished landscapes. Her framed works are also sold in the Alcove Art Shop.

Over the years Moira has sold countless framed paintings in both mediums in galleries interstate and overseas. She is a past member of the Victorian Guild of China Painters and the Australasian Porcelain Art Teachers’ Inc, the Victorian Artists’ and Malvern Artists’ Associations and the Australian Guild of Realistic Painters. She is currently still an active member of Doncaster Templestowe Artists’ Society.

Moira says her passion for painting from nature allows her great freedom with everything she paints, whether it be by colour, subject matter or the moods she wishes to create. 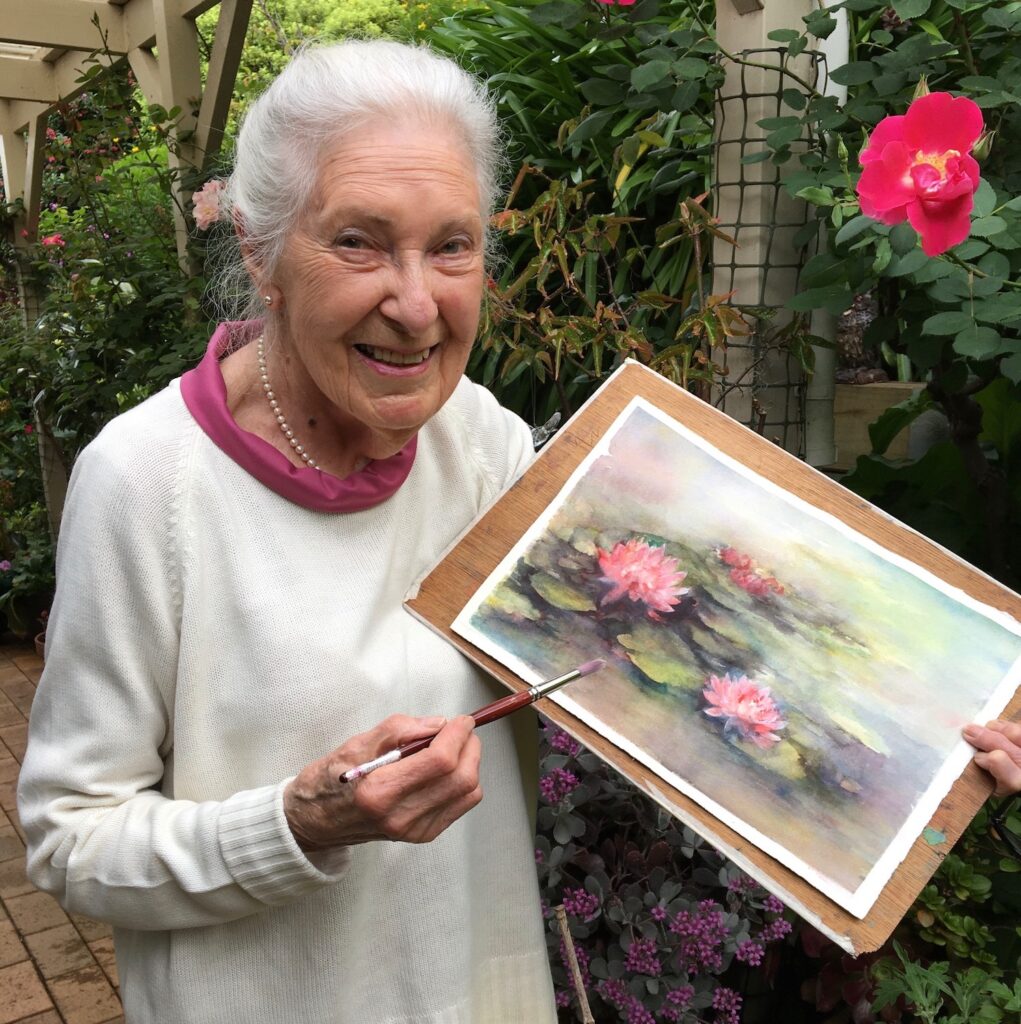